How the Grinch Stole Christmas by Dr. Seuss Teaching Ideas

This is a collection of book activities for How the Grinch Stole Christmas featuring lessons and printables for math, writing and reading, as well as fun crafts, recipes, and word puzzles.

Printables @ A to Z Teacher Stuff

Persuasive Writing:  Tell the Grinch why he shouldn’t steal Christmas

Creative Writing: “Cindy Lou Who didn’t go back to bed. Instead she…”

Grinch Comic Strip
Create a kid’s comic strip based on The Grinch Who Stole Christmas. 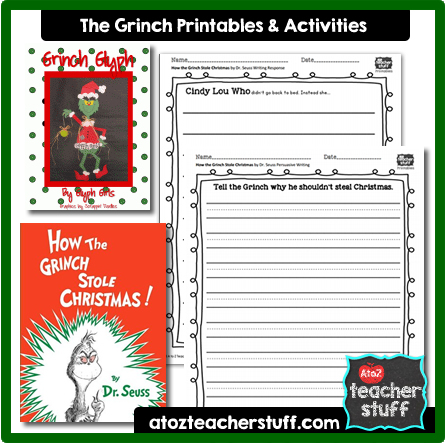 A to Z Teacher Stuff

Join us at the teacher discussion forums!